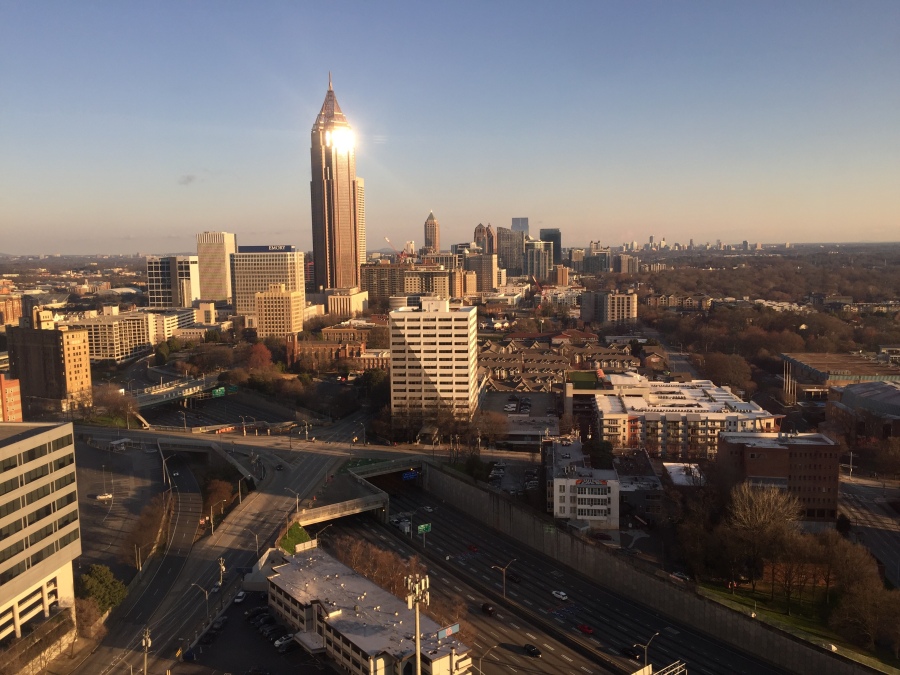 I’ll attempt to do some BTS live-blogging while I’m here/out on the streets for the 2020 marathon Olympic trials.

It’ll probably be jumbled and bad. Plus my phone screen is super cracked so the spelling might be worse than normal. Sorry in advance.

As always, newest posts are at the top. I’ll likely mess this up out there while I’m running around like a crazy person. But, yeah, ideally, read from the bottom up if you want to read things in order. I’ll try to do a timestamp—no promises.

Ok, most of the men have done the weird hairpin turn, passing under the Olympic ring and past the lit Olympic torch twice, heading for the finish.

I’m waiting for the women to come by. I see the leaders.

I just saw a guy run by bleeding from his eye. I never want to run a marathon.

About 1.5 to go Galen ran by alone and I could hear his shoes squeaking every step.

Woowww so many people. I’m around mile 12 (maybe)/ I’m not sure what the other side of the road is in terms of mile on the course. Just before Linden and Peachtree—wherever that is.

There was a cool period of time when the women were passing on their way out and the men’s were passing coming back in on the out and back.

For the Boulder Underground people, we caught Bria Wetsch and she gave us a fist pump.

We’re streaming the race on another phone seeing how the women are doing overall.

Everyone is getting cheered for. It’s awesome.

Both races are off. There was a bit of a false start by the women,possibly led by Hassay and at least a few women on the line thought it was funny. It was no big deal.

Now to figure out where to go next.

The men have started making their way to the starting corral. Fans are lined up at the fences watching and cheering. I can hear people whisper like “that’s Galen”.

The women have also started coming out. I heard a first call for something and it reminded me of high school track meets. The crowds on the fences lining the straight away are three or four people deep. I’m too short for this.

We dropped off the Boulder Underground women and I can feel the cry trying to come. The emotions are coming. There will be lots of crying behind the camera today. There are wedding criers, but there are also race criers. I’m both.

The officials at the checkpoint are repeating “athletes and media only” and prepping other volunteers with the directions to Starbucks if spectators are looking for it.

People are already lining the course. Anticipation is in the air. Speaking of air, it’s quite windy there today. The wind, combined with the hills make things interesting.

The men are starting to trickle out of the hotel, with their plastic drawstring bags containing their bright shoes, among other things. Women are milling around in the hotel, likely waiting another 20 mins to start their walk over to the athlete start area.

First let’s start wth the number of people here. So many fellow runner nerds all in once place. There are so many athletes, parents, coaches, agents, support crews all at the race hotel, the Omni.

You can tell whose racing based on either the look on their face or the clear, plastic drawstring bags they’re carrying.

Around the park/finish/start it’s already getting crazy. On the walk over here people were already not listening to the officials on when to cross on the course during the kids’ races.

I can only imagine it’ll be a battle zone trying to get to places on the course with the course multiple loops. It’ll be fun. I’ll probably start my watch once I start spectating just to look at the data later.