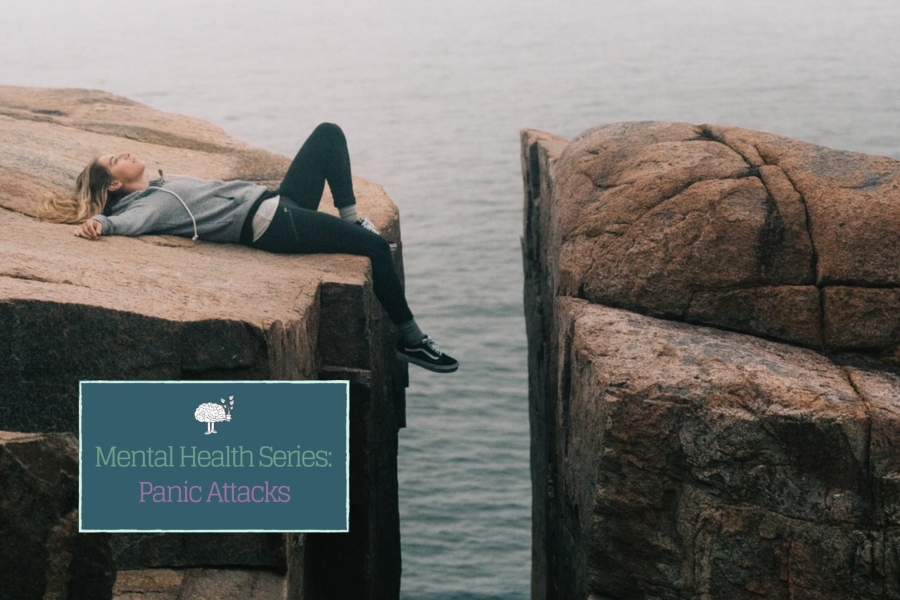 My panic attacks started when I was in college, many years ago. I was terrifies that I would somehow embarrass myself by doing something “stupid” in public, such as going in an “exit” door. I was afraid someone would see me making this mistake and judge me. Just the thought of it made me feel ashamed and humiliated. I went into psychodynamic psychotherapy and investigated my relationships with my parents, in particular my mother. Both of my parents were extremely judgmental, but my mother was particularly critical. I guess I “carried” her and her judgmentalism on my shoulder as I went through my life. I was projecting her critical attitude toward me onto complete strangers. Therapy changed my life, but though I had insight into my panic attacks, I couldn’t get rid of them. I used my then boyfriend, now husband, as my safety person as I had also developed agoraphobia, a fear of going outside. Two things ultimately enabled me to push past it – Prozac and hypnotherapy, ten years or so after I’d graduated college.

My panic attacks were killers – pure panic consisting of heart palpitations and sweating, a need to flee, self-condemnation, self-sequestration, and a lot of crying.

Have you ever had a panic attack while running?: I’m not a runner.

How has managing your panic attacks morphed over time?:

What has helped you manage them most successfully?

Prozac, mainly, and hypnotherapy (not hypnosis).

What has been helpful for the people around you to do during a panic attack?

Take me seriously and do what I ask – usually stand by until it passes.

What advice, support or encouragement would you offer someone else struggling with panic attacks?

It’s hard to battle them by yourself. Seek treatment – several kinds of therapy are available, but if that doesn’t do the trick, try psychiatric medication. It might take a while to find the right one at the right dose, but don’t give up. Stick with it – and continue to work with a therapist for support and/or insight.

I had my PAs in the 1980s. It seems only now, so many years later, are people becoming more willing to talk about having them. This is great, but much later than I would’ve predicted.

This Mental Health Series on panic attacks was created to help us all feel less alone in our anxiety. If you’d like to contribute to the project, please submit your own story here: Panic Attack Survey.