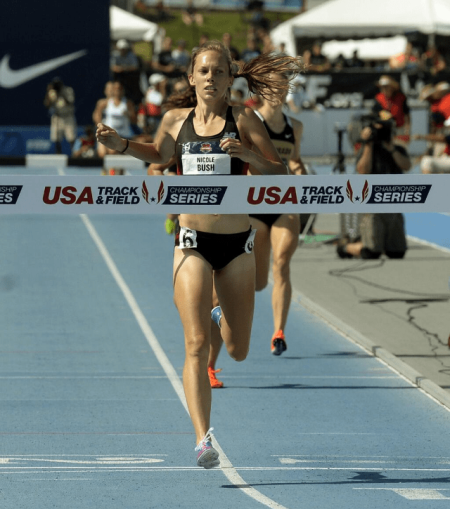 (This was originally posted on my Instagram June 22nd. Click here if you wanna see it IRL.)

I’ll be at USAs this year, but I won’t be racing—I’ll be covering the meet with citiusmag.com. (Come say hi btw.)

The last time I was in Des Monies, in 2013, I won a US Championship, made a world team and projectile vomited Gatorade in Drake’s tennis facility during drug testing.

And because I think we don’t talk about the darker side of our sport enough, I want to share the following:

For the next handful of years after my win, my running slowly slid down hill until it felt like I was running in the lake at the bottom of the hill in this metaphor, so: underwater—literally and figuratively. I was trying my best, but dealing with depression and suffocating anxiety (on top of being anemic).

My point: please check in on your friends and teammates, even when it seems like things are going well. They could be in their own personal hell and need someone to hold out a glass of water for them.

Thank you to all the unicorns in my life that handed, and continue to hand me, like 400 cups of water. You know who you are.

(Also, I’ve been saving this photo on my phone for 5 years and don’t know who took it. If you know who did, please let me know so I can give photo cred.)